Oak barrels have been used for storing and aging drinks since the days of the ancient Romans. It is believed that the Romans were the first who noticed how the taste of food and drinks changes after being transported in oak barrels.

What is the secret of barrel aging? Oak wood has a fine-pored structure, due to which the process of gas exchange between the external environment and the product in the barrel actively takes place. In addition, oak contains about 500 nutrients and compounds, which gradually are given to the product during the ripening process. When wood comes into contact with the product, during the agging process, new compounds are created: the taste, aroma, colour and even the density of the drink or product changes.

Benefits of an oak barrel:

• Oak provides a stable temperature, which is essential for the maturation of drinks.

• Oak wood is a natural preservative; the product retains all useful properties when stored in a barrel.

• Aging in a barrel gives a 100% natural product without harmful chemicals and additives (oak wood does not emit toxins or harmful compounds).

The evolution of most alcoholic and non-alcoholic beverages, as well as food products, became possible precisely due to storage in oak barrels. If it were not for the aging, for example, of alcoholic products, now there would be only various distillates distinguishable only by the type of raw material.

Alcoholic drinks have a particularly interesting history and traditions of barrel aging. For example, American whiskey only requires new oak barrels to mature. For the aging of brandy, the new barrel is also required new, as well as barrels, in which the brandy has already matured. Scotch whiskey aging typically uses casks that have aged bourbon or wines.

Red wines take longer to mature in barrels than whites. It is necessary to age red wines of such varieties as Cabernet Sauvignon and Syrah (Shiraz). But not all white wines need to be aged in barrels. If a white wine such as a Riesling or Gewürztraminer has its own natural intense bouquet, it is not aged in a barrel.

Aging in small and large barrels - what is the difference

The basic rule for aging drinks is: the larger the barrel, the slower the aging processes proceed, the longer the drink needs to be aged. For example, in small barrels with a volume of 1-10 liters aging will proceed several times faster than in a barrel with a volume of 20-250 liters.

Also, when aging alcoholic beverages, the so-called "angels' share" is taken into account - the amount of the drink, which, during the aging process, evaporates through the walls of barrels with the finest pores. This proportion in large and small barrels is approximately the same and amounts to 1.5-7% of the displacement per year (depending on the drink, type of wood, storage conditions).

Generally, there are 3 degrees of barrel toasting/ charring, which are used for different purposes and, accordingly, for different drinks.

2. Medium toast gives a more intense vanilla aroma with notes of coconut, spice and caramel. The aroma is complemented by notes of almonds and toasted bread crust. Such taste qualities go well with red wines and brandy.

Usually, we keep in store oak barrels with medium plus charring level inside, and we also provide bespoke toasting/charring level as per your requirements.

Before using of any barrel, please, read the instruction of how to store and maintain an oak barrel. 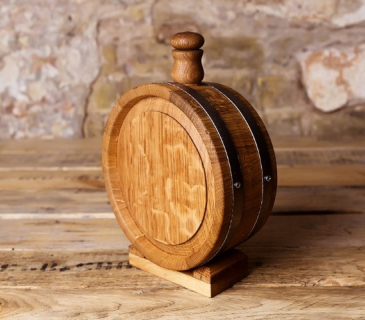 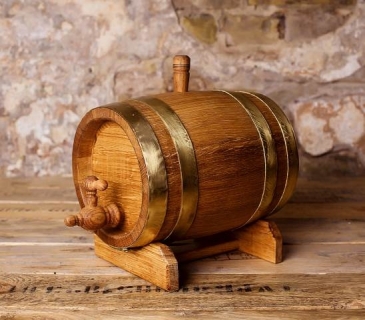 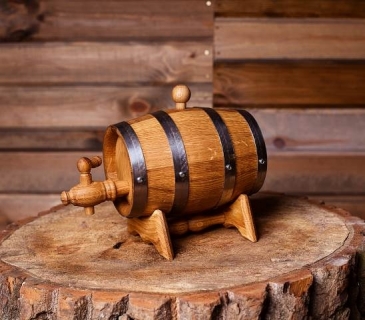 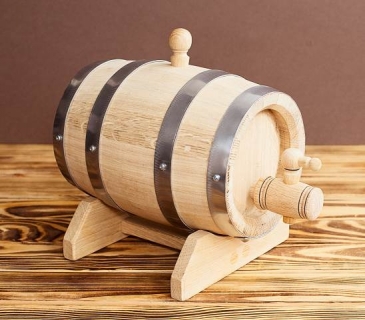 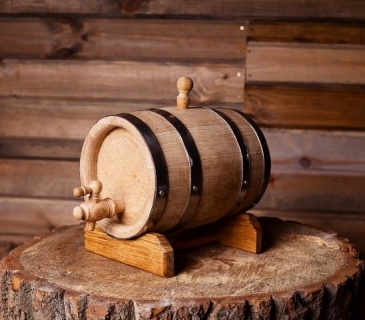 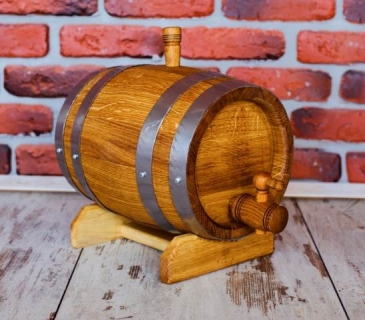 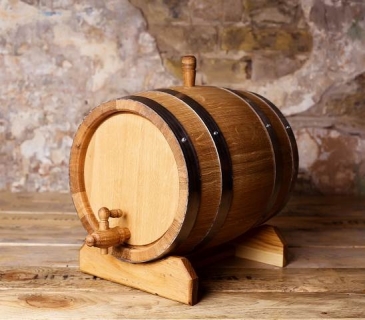 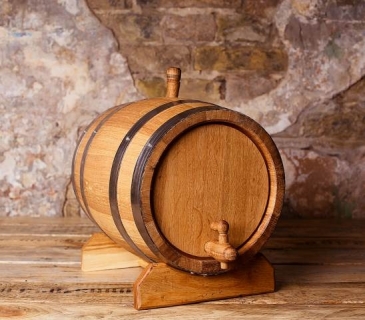 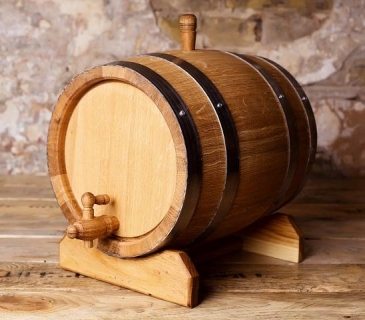 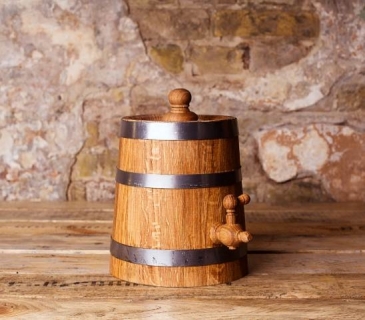 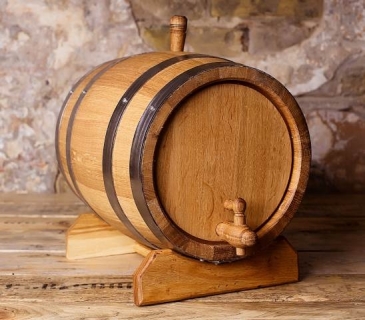 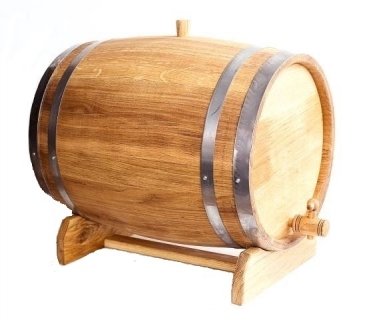 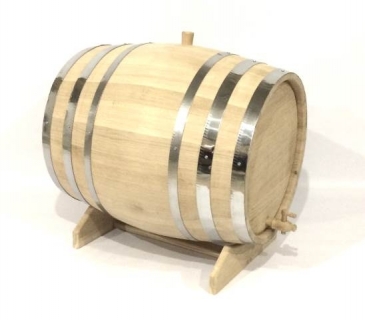 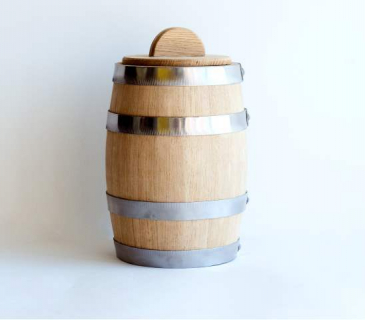 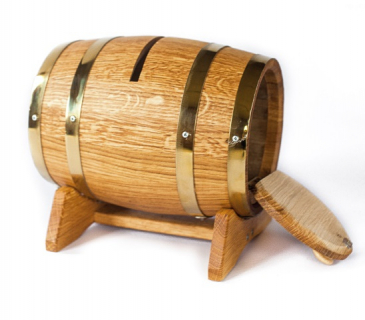 UK Mainland delivery time is within 3-5 days. We deliver our products within Europe and  it usually takes 7-10 days to deliver your order.